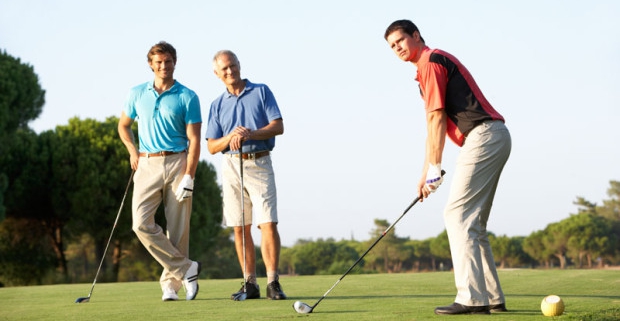 2020 – 2025
We will see a rising number of products mainly chat bots, entering our day to day world. At the same time the work on “General AI” will be intensified and we are getting better and better results – yet no real products – despite the rapid development. The business impact will be substantial because access to knowledge will span all industries and will be substantially easier as conventional text search. Search engines will be either UI-less (meaning no keyboard, mouse, looking through lists but you speak to mic anywhere).
The societal impact will begin to bring a dark cloud. The start of significant unemployment in all kinds of call centers, info centers, support center…
Science Fiction movies may become rarer. Our development is faster than a movie maker can write a script, produce the movie and bring it to market. Ex-Machina II may possibly still not come out ;)

2025 – 2030
Technology development towards general AI will be in full swing but not yet really mainstream. Millions of engineers from around the globe will work on AI solutions. That includes Universal AI, multi purpose AI, single purpose AI. AIPU s (artificial intelligent processing units) will become more widely available. New Memory systems may arise. With that I mean silicon embedded intelligence to address memory content. There was a technology developed called “Content Addressed Memory” that may come to new life – now there may be a need for it.
The number of AMs (Autonomous Machines) such as AI Based self driving cars, AI based autonomous robots, AI based autonomous devices, AI based autonomous computers will rise significantly. By then everybody will sell their products with AI-Based XYZ. AI is like Internet in 1998. Widely used but still not fully developed. But everything will include AI one way or the other.
The unemployment rate will rise to very uncomfortable 100+ Million across the globe. Countries will start to TAX AMs in order to finance unemployment aid.
Unemployed will most likely not be able to find a new job. It’s when the wider public understands that AI is different to any other new technology: AI is used to make machines autonomous – rather then needing new skills to use the new technology by humans. AI is not even a technology, software, microprocessors, robots, cars everything existed, but a completely new way to use technology.
As a result, a significant shift in our society will begin. The makers movement will explode, social workers, nature-observers and protectors, artists, musicians, coaches and so forth will rise. We will move from “employed humans” to “autonomous humans”. We will grow more self determined across all levels of education and with a higher value to our society, environment and future evolution of humankind. A major societal inflection point may surface. Those who still need to “work” will push the AI development forward, knowing that if their jobs will be replaced, they can – like all the others – do what they really like to do and receive a UBI (Unconditional base income).

2030–2040
The AMs are substantially advanced. AI development languages and AI operating systems will become a standard in the tech space. Under the development systems the graphical application design tools may dominate as they can be used by pretty much any generally educated business manager. Just pointing and selecting data set sources, algorithms that analyze those data sets, selecting processors (neural networks) to pump it through and so forth. It will be the beginning of broadly available general AI. The number of AI based applications will grow faster and bigger than all conventional software together. The old software world is fading away.
The number of applications and functionalities leveraging IOT, sensor techniques, and robots will enter into all kinds of industries replacing ever more people. It will now be apparent – also for the last human on earth – that industrial work will be completely eradicated. Industrial unemployment will be raising to over a billion people in the next 10 to 15 years. Whether its office workers or manufacturing workers, AMs will take over the jobs. Everybody who is working on repetitive products or services can be replaced by an AM. Artists, will still keep creating Art any creative work that creates a unique ‘thing’ will obviously not be replaced because it would simply make no sense and cost too much. Those AMs work 3 times as long (8 versus 24 hours), no social cost, no vacation. Unemployment aid will at the very latest now become an unconditional base income for everybody, funded by the earlier implemented Value added AM tax. Autonomous Humans will now become the majority.
We also reached another interesting inflection point. Product costs are no longer determined by the amount of labor cost – back to raw material cost based pricing. But the raw material may actually sooner or later come from other planets. Science Fiction? No – this is now becoming reality. Not only because we understand that renewable ENERGY is limited but also recyclable MATERIAL is not infinitely available on earth. A billion cars with Lithium Batteries would require more Lithium after the first few replacement than we have on earth.

2040 – 2050
The AMs will evolve further, write complex algorithms themselves, beyond our own capabilities, create structures and construct products beyond our intellectual capacity. Humans, however, will also evolve further and deeper than we can imagine today, in 2018. Our brain will have more capacity for creativity because we will no longer need to remember when King Ramses built his empire, who his father was and so fort. We have that knowledge in our extended, collective, connected technical brain. Internet connection is omnipresent and guaranteed on every square inch on land or water on earth. Mass products in any way or shape can be constructed, prepared and produced by AMs. Only the decision, what we actually want to create, will still be coming from the human mind. And latest by then we will bring forward real self aware AMs (if not much earlier). There are many people including me working on self conscious AI concepts already. Yet even self aware AMs are far away from the human brain capabilities. The AI research will help us better understand what we are actually capable of. We will learn more about ourselves in these 10 years than in all the 300,000 years before. The human mind’s creativity is so complex that AI is still very far away from coming even close to it. We will have a far deeper understanding of the human mind than just our intelligence. We will understand that intelligence is just one power of our mind, similar to our power to move, the power of our muscles and the power of our orientation – which we have all augmented already some hundreds of years ago. We will understand artificial intelligence is no more than our artificial muscles, which we call tools.

2050 – 2075
Leveraging our added skills, collective knowledge our amazing machines, scientists will be replaced by those machines as well. Testing something new and prove a repetitive behavior to make it a scientifically proven fact, is much better done by an AI system than by a Ph.D. ‘system’. Science will be done by AMs across all factions. At the same time, innovative and creative ideas will explode, AM’s will analyze and verify those ideas in no time. AM owners will compete for those crazy but verified ideas and build it. AMs will help revitalize space exploration in a new and rather meaningful way. We will need other places than earth to harvest raw material and we need other planets for recycling or wast disposal. AMs, powered by solar energy are the best “people” to send to other planets or our moon to extract, produce, recycle, deposit. We don’t even need to terraform Mars for that. But we may safe Mars for exploring Terraforming together with AMs. Autonomous Machines and Autonomous Humans will build the most powerful synergy ever built. We will be depending on AI, more than on any other technology built so far. Most technology can be replaced by something else. But an AI system that can iterate through millions of ideas for any given solution in a few hours is something not only beyond what we built but beyond ourselves.

More details on how and why thousands of different jobs in 300+ industries, from around the world will be replaced in the next 30 years and how we manage the inflection point from the disaster of being “unemployed” to the luxury of becoming an autonomous human will be available on: Eliminating Work . AI