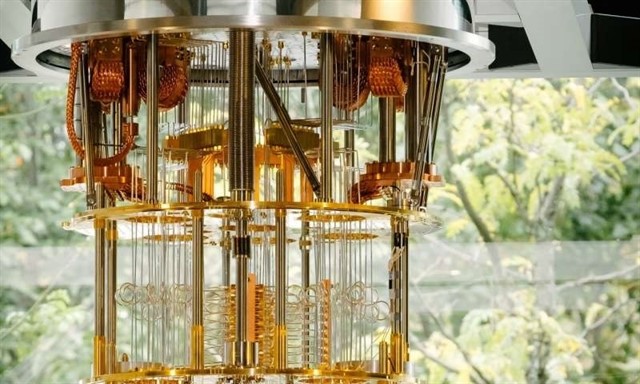 I just saw an interesting video on YouTube that helped me understand quantum computing – at least it is now easier to pretend I know :). Talia Gershorn from IBM explained Quantum Computing in a new and very powerful way. This post is actually a comment for Talia but I thought it might be interesting to see what other quantum computing physicists have to say. Failure Tolerance and Imperfection is something I got really caught up with and am fascinated to get opinion from others.

@Talia: You are looking for having fault tolerance. I fully understand because this is how we always looked at computing. The perfect 100% accurate result – any time. And I’m sure one day somebody will find the solution. In the meantime you may want to look at applications where this is not so relevant. Imperfection is a form of quality that we all see in nature and in the universe. It is indeed a quality. Only imperfection allows evolution, mutation, and variation. Without imperfection – funny isn’t it – we would simply NOT EXIST.

Here is how it goes: Think about a structure for an airplane wing that is ultra light, still strong enough that it holds the body of a plane, yet flexible enough that it does not break. Your brain comes up with a few ideas, you let it run through a computer, optimize the structure based on let’s say a heat map of issues and then build it. If it’s working safely, you produce it and we are all flying with it – actually for centuries. Guess what – the structure that was picked in the first place is absolutely imperfect, still too heavy but it just works. Let an AI system design it and go through a million iterations, It would come up with a perfect solution (see a video from @Maurice Conti in my recent post: https://www.linkedin.com/pulse/autonomous-machines-where-we-today-who-may-advance-most-schultze/ . IMPERFECTION however saved us time so we could have airplanes long before we even knew about the existence of AI.

Another example: Your own company (IBM) provided the computer to beat Kasparov in 1997 in chess. The software however was imperfect because it could not go through each and every possible move but used the ones with the highest probability to win. AlphaGO did the same with GO because here the possible moves where simply too many.

IMPERFECTION as a strategy.

How about letting the good old silicon based computers do their job and you focus on apps that doesn’t need that kind of perfection but an overall performance increase unreachable for today’s silicon based machines. Instead of computing a three dimensional image and simulating it to move, using silicon, take a quantum computer and ignore that few pixels that are lost or even whole frames that do not get perfectly represented. As we progress in AI with its more and more complex algorithms and neural networks, we may need to get used to imperfection in an even grander scale. Matching too humans has a great chance of being imperfect. But the meeting everybody from the opposite gender would and keeping the protocol for meeting each other would take approximately 5.5 million years if we allow one day for each person and assuming 25% of half the population is ‘available’.

Failure – error – is it really that bad?

Is AI the last invention humans will do?
Scroll to top